NOTE: This was one of a number of articles with titles like, “Hillary not wishing to seem presumptuous, picking cabinet”. Many of those articles have disappeared from the web, and, web archives. 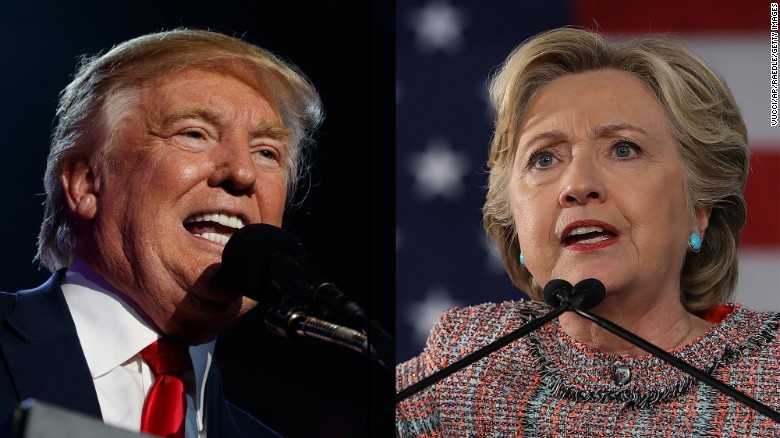 (CNN) Hillary Clinton is steadily moving her focus beyond Donald Trump, increasingly planning for what she believes will be her transition to the presidency after a final two-week dash through battleground states.

Even as Clinton intensifies her efforts to help Democrats across the party, particularly trying to win control of the Senate, she is spending much of her time behind-the-scenes putting together a White House team and preparing for a task even tougher than taking on Trump: governing in the divisive election’s aftermath.

The tumultuous 2016 campaign is in a sudden limbo

“She’s not being arrogant, she’s being diligent,” a top Democrat close to Clinton said. “She prepared for the debates. Now, she’s getting ready to be president.”

Clinton is nearing a final decision on her top advisers in the West Wing, including who she will name as White House chief of staff. Democrats close to Clinton told CNN that high on the list of prospects is Ron Klain, who led Clinton’s debate preparation team and served as chief of staff for former Vice President Al Gore and Vice President Joe Biden.

Talk of her transition operation is off-limits inside her campaign headquarters in Brooklyn, where staffers are forbidden by campaign manager Robby Mook and other senior advisers to discuss anything beyond Election Day, fearful of growing overly confident in the closing stretch of the race. But their admonition has done little to quiet the speculation in Washington about who Clinton will place inside her West Wing.

John Podesta, the campaign chairman, has signaled his interest in joining the Cabinet, perhaps as Energy secretary, or staying outside the administration. He has talked openly about his thirst for a new challenge, but Democrats close to Clinton say Podesta is still on her list as a potential chief of staff, a position he held in the first Clinton administration. He also was a counselor to President Barack Obama.

Two weeks before Election Day, Clinton is increasingly multi-tasking. She is urging Democrats not to grow complacent — a particular worry of hers, aides say — even as she methodically charts out a roster of top advisers tasked with ensuring a smooth transition.

Jennifer Palmieri, communications director for the Clinton campaign, said Monday that Clinton was not overlooking Trump or dwelling on the transition. “There are people whose job it is to think about the transition, who are working on that — just like the Trump campaign has,” Palmieri told CNN. “That’s not her focus. Her focus is the campaign until the end.” Yet Clinton has already quietly started reaching out to Democrats and Republicans on Capitol Hill, people familiar with the talks say, reconnecting with old allies in the Senate whose help she will need for her agenda in the first 100 days and beyond.

The private conversations with Republicans are particularly sensitive, given that Democrats are fighting to win the Senate. Yet people familiar with the discussions say she is intent on sending a signal that she hopes to have better relations with Congress than Obama and she is eager to work with Republicans who were turned off by Trump.
Clinton seldom discusses her transition operation, which is led by Ken Salazar, the former Interior secretary and Colorado senator. Two longtime Clinton confidants, Ann O’Leary and Ed Meier, are also overseeing the small transition staff in Washington. The Rev. Leah Daughtry, the chief executive officer of the Democratic convention, is leading the personnel department.

Clinton started paying more attention to the transition operation after her final debate with Trump, aides said, but is reluctant to discuss any of it publicly.
“You know, I am a little superstitious about that,” Clinton said this weekend, speaking to reporters between campaign stops in Pennsylvania. “We have got a transition operation going and I really haven’t paid much attention to it yet because I want to focus on what our first task is and that is convincing as many Americans as possible to give us the chance to serve.”

Democrats close to Clinton, speaking on condition of anonymity and who are not authorized to speak about private campaign conversations, say the embarrassing string of hacked campaign emails published by WikiLeaks could also disrupt any potential transition. They believe the daily release of emails could continue after the election.

The authenticity of the emails has not been confirmed, but the exchanges offer a rare window into the upper echelon of Clinton’s ranks. Several of the messages from Podesta’s hacked email come from a who’s who in Clinton World, including longing aides Cheryl Mills, Huma Abedin and Klain.

Hillary Clinton to campaign with Michelle Obama for the first time

It’s unknown whether Klain’s frankness, at least in one October 2015 email, will influence Clinton’s decision to select him as chief of staff or another position. He emailed Jake Sullivan, Clinton’s top policy adviser, with a blunt warning about changing her position to oppose the Trans-Pacific Partnership trade agreement. “She has to be for TPP. She called it the ‘gold standard’ of trade agreements,” Klain wrote. “I think opposing that would be a huge flip flop.” Sullivan has emerged as one of the most important advisers to Clinton. His foreign policy portfolio was expanded earlier this year, ultimately becoming her chief strategist. He is also mentioned as a potential chief of staff.

While Mills was once seen as a top chief of staff contender at the White House, a role she played while Clinton was secretary of state, but Democrats close to Clinton believe such a move is now unlikely. She’s facing intense scrutiny from her link between the State Department and the Clinton Foundation.

Abedin is also at the center of many of the email exchanges that have been published by WikiLeaks, which underscores her role as the top gatekeeper for Clinton. She is expected to play a similar role — perhaps a deputy chief of staff, many Democrats believe — if Clinton wins the White House.

Mook: No evidence of Clinton pay-to-play

Trump has been preparing for a transition, too, with Gov. Chris Christie of New Jersey overseeing an effort that has grown to about 100 people, a Republican familiar with the effort said. Trump’s team is conducting deep reviews of executive orders from the Obama administration to reverse.

The Clinton operation is far narrower in scope because it would be “a friendly hand-off, not a takeover,” a Democrat close to Clinton said of the transition. Lists of potential Cabinet secretaries have been compiled, with consultation from Democratic committee staff on Capitol Hill.

But just like her search for a vice president, the process is unfolding in secrecy, with most campaign aides in Brooklyn completely divorced from the operation.

“We need to help her win first,” one campaign adviser said, speaking on condition of anonymity, when asked about her transition to president. “Then we’ll talk on November 9.”